In Search of Lost Beauty 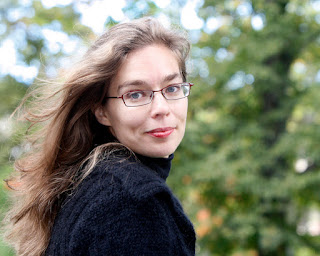 Žibuoklė Martinaitytė is a New York-based Lithuanian composer whose works explore the tensions and longings of identity and place. In her chamber and orchestral compositions, she creates sonic environments where musical gestures emerge and disappear within transparencies and densities of sound layers. It’s music that slides on the very blades of emotions.

"Ideas for my compositions often emerge from non-musical sources. A sentence in a book, a line of poetry, or watching forces of nature unfold can trigger the imagination. .. Once I commit to an idea, a different type of work begins. The creative process is usually quite slow despite moments or even hours of burning inspiration. What takes time is not the composing itself, but dealing with inner and outer disturbances evoked by the creative process. When one enters that territory of the unknown, there are dark forces one has to conquer."
Žibuoklė Martinaitytė from an interview by Allen Shearer for Composersinc 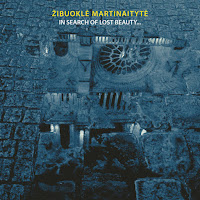 A review for this new release, a hauting and deep composition,  at "a closer listen"

“While Martinaitytė is a master of the subtle and the delicate, her compositions equally demonstrate her capacity for the bold, with passages of grandeur and turbulence.”
Christopher Nosnibor for Aural Gravitation

and the amazing "Horizons" for symphony orchestra (2013)