Last January 2012, at the 3rd Annual San Diego Experimental Guitar show,
a concert by one of my favorite guitar player, Bill Orcutt. 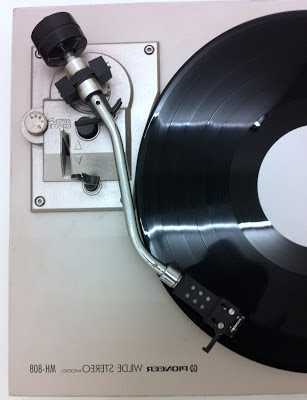 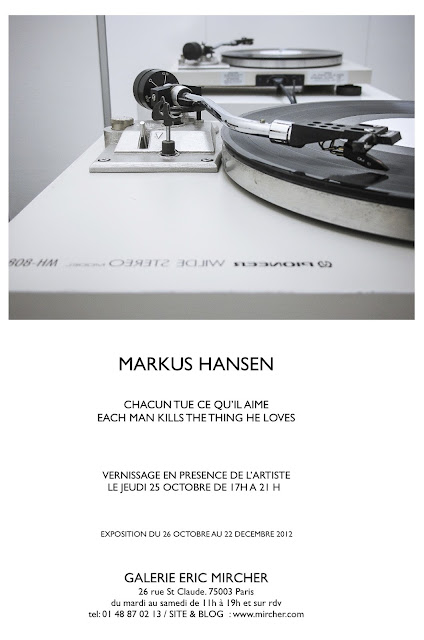 "Each man kills the thing he loves" is the title of Markus Hansen 's exhibition located at Galerie Eric Mircher in Paris. 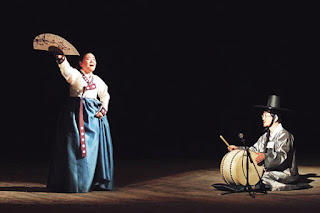 Kim Sohee is one of the most famous female Pansori singer in Korea.
Pansori is a style of Korean traditional music from the 19th century.
Featuring satires and love stories, Pansori music could seem close of the shamanic oral tradition. Some pieces could take eight hours to perform without any break.

The famous movie "The pansori singer"  ( "Sopyonje" ) directed by Im Kwon-Taek in 1993 well describe a family of pansori singers learning and performing this difficult art.

In 1978, Max Neuhaus published a postcard "Listen" around his first independant work as an artist. This work, as a "lecture demonstration" , was supposed to refocus people's aural perspective. 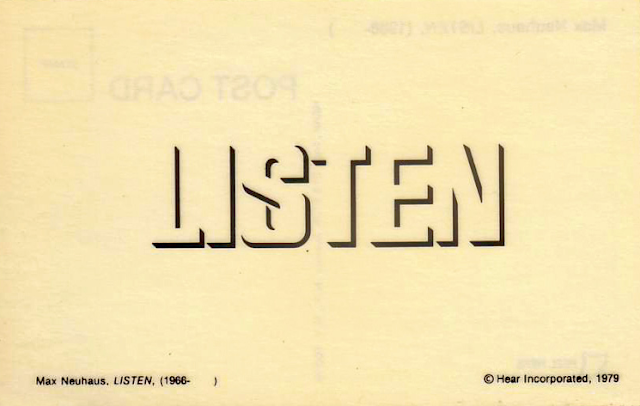 "...The first performance was for a small group of invited friends. I asked them to meet me on the corner of Avenue D and West 14th Street in Manhattan. I rubberstamped LISTEN on each person's hand and began walking with them down 14th Street towards the East River. At that point the street bisects a power plant and, as I had noticed previously, one hears some spectacularly massive rumbling. We continued, crossing the highway and walking along the sound of its tire wash, down river for a few blocks, re-crossing over a pedestrian bridge, passing through the Puerto Rican street life of the lower east side to my studio, where I performed some percussion pieces for them..." 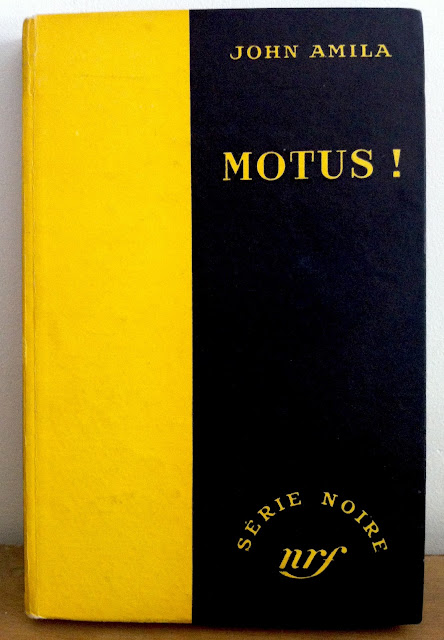 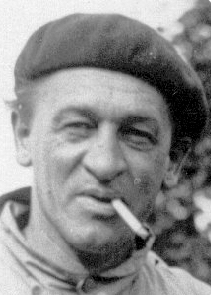 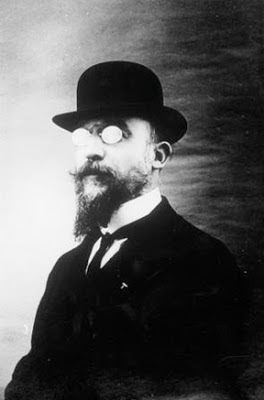 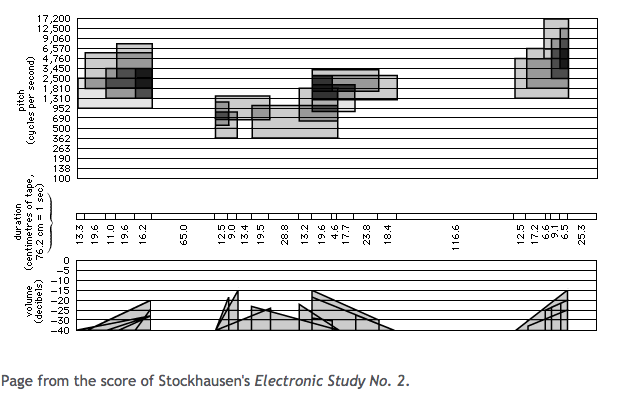 
"Four criteria of electronic music" : excerpt of a lecture of Karlheinz Stockhausen for the Oxford Union in 1972. 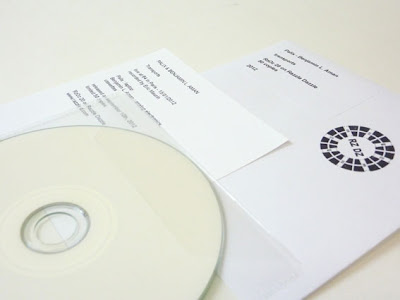 "Transports", a recent collaboration between Paris based laptop composer Palix and Benjamin L. Aman, visual and sound artist born in France.
Now published by Razzle Dazzle on a limited CD edition, the concert live at 64 in Paris, last january. 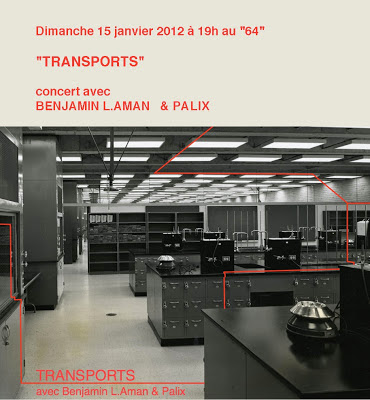 The pictures were scanned from 4x5 prints shot by John Reeder, one of the original employees at radio station KBOA (Kennett, Missouri) in the late 40's and early '50s. 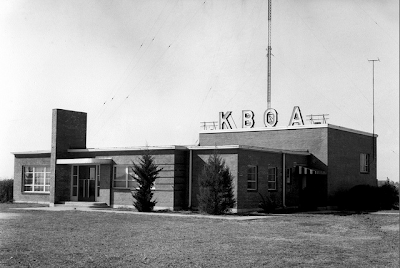 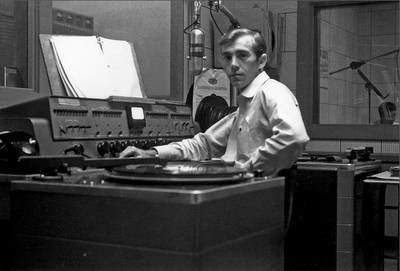 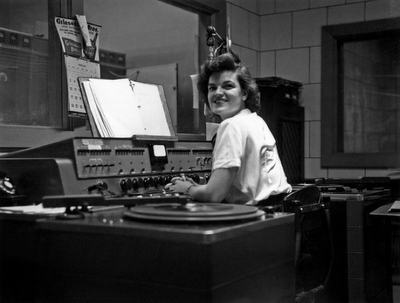 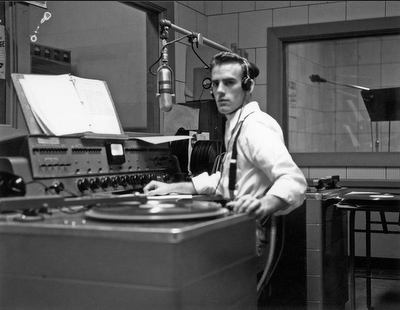 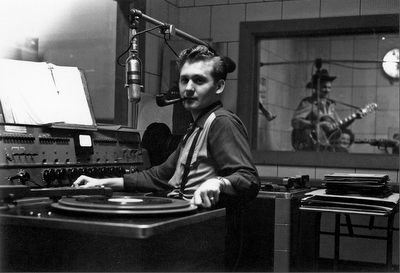 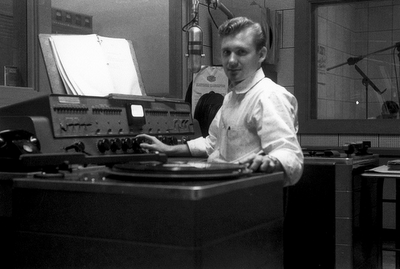 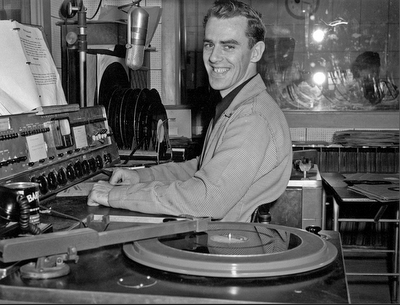 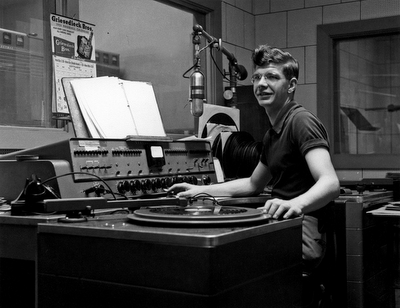 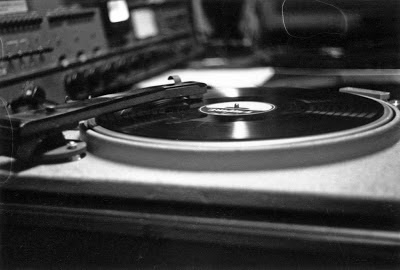 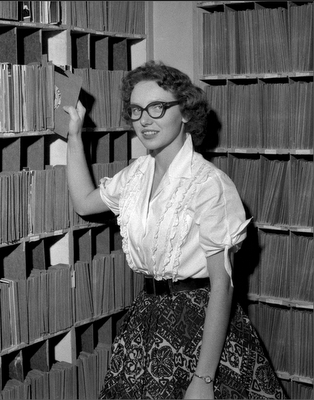 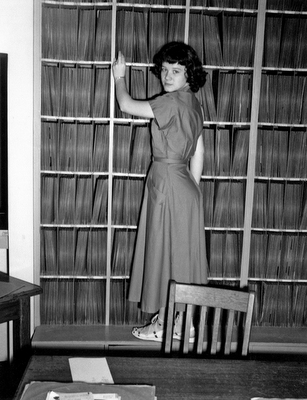 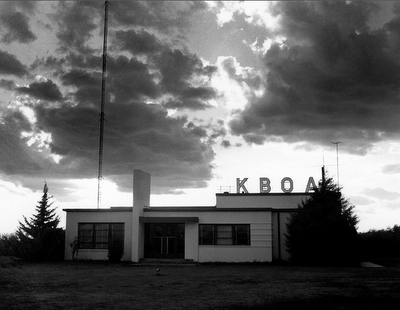 Take care of your records

TAKE CARE OF YOUR RECORDS...

ONE: Always handle the record by its edges, or by one edge and the center, touching only the label. Never touch the playing surface (or grooves) of the record.

TWO: Buckle the record jacket when removing or replacing the record by pressing the jacket against you. This will help guard against possible scratches.

THREE: Before playing the record, wipe it lightly, with a soft, slightly damp cloth. This helps remove the dust which collects the record because of static electricity.

Your COLUMBIA RECORDS are a permanent library of great words and music. Careful use of your records will ensure longer life for them, and your greater enjoyment of their many  riches. these important safeguards have been established by William S. Bachman, director of Columbia Records Sound Laboratories, as a guide for preserving your records.
Publié par Palix à 14:58 Aucun commentaire:

From Greece, the trio Eventless Plot are improvisators, using all the possibilities of the piano as well analog sources, field recordings and Max/Msp patches. Their last CD "Recon", where saxophones are invited, is published at Aural Terrains

Thanks to Freesilence where I discovered the existence of that band who seems to play exclusively in Greece.
Publié par Palix à 13:21 Aucun commentaire: 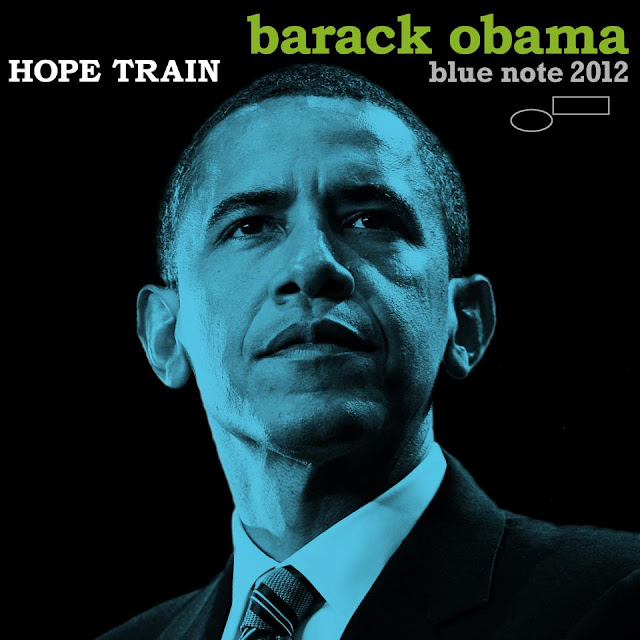 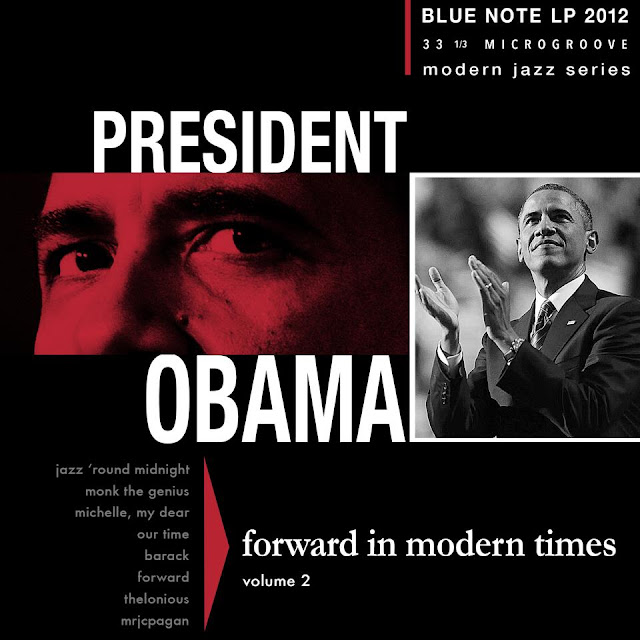 The future of music 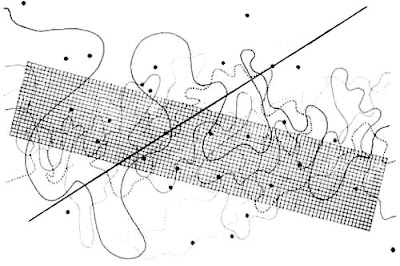 "I believe that the use of noise to make music will continue and increase until we reach a music produced through the aid of electrical instruments which will make available for musical purposes any and all sounds that can be heard.
Photoelectric, film, and mechanical mediums for the synthetic production of music will be explored. Whereas, in the past, the point of disagreement has been between dissonance and consonance, it will be, in the immediate future, between noise and so-called musical sounds.
The present methods of writing music, principally those which employ harmony and its reference to particular steps in the field of sound, will be inadequate for the composer, who will be faced with the entire field of sound. New methods will be discovered, bearing a definite relation to Schoenberg's twelve tone system and present methods of writing percussion music and any other methods which are free from the concept of a fundamental tone. The principle of form will be our only conxtant connection with the past. Although the great form of the future will not be as it was in the past, at one time the fugue and at another the sonata, it will be related to these as they are to each other: through the principle of organization or man's common ability to think..."

A movie around Stockhausen's "Originale" piece.

This piece, commisionned by Hubertus Durek, manager of the Theater am Dom in Cologne, was created in 1961 for musicians, painter, poet, singer, cameraman, actors and many others.
A real 60s' "free-styled" piece based on surreal ambient atmosphere, inspired by Samuel Beckett and Alain Robbe-Grillet, which combined a structured score with a improvisational framework of early "happenings".

An unusual assortment of "characters" are introduced in "Originale", including a pianist, a percussionist, a sound technician, a stage director, a cameraman, a lighting technician, an action composer, an action painter, a poet, a street singer, a coat checker, a newspaper vendor, a fashion model, a child (playing with blocks), a animal handler with animal, a conductor, and five actors reading a collage of unrelated texts.

here the Peter Moore's movie of the New York version