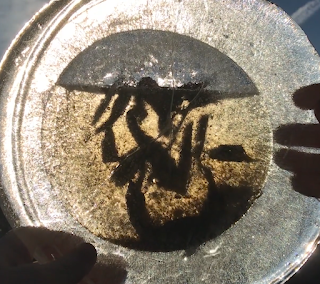 Graeme Miller is an english artist, theatre maker and composer. Emerging from the bold and influential stage work of Impact Theatre Co-operative in the 1980s, a group he co-founded, his own work now embraces a wide range of media.

His work 'Eye' is a recent short video.

'Beheld'  was an amazing and deep sensitive 2006 's audio-visual installation evocating phenomenon of people who fell from the sky... 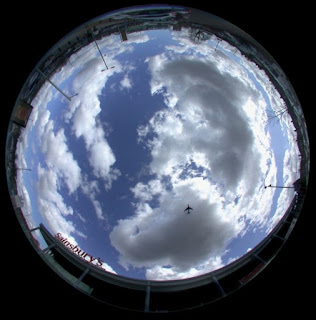 'A Girl Skipping' was made in 1990. Its final performance was in 1991, having toured internationally and having left a strong legacy of influence on those who saw it and an equally strong legacy in the personal and artistic lives of those who came together to make it.

'Re-Play' is this recent work using audio and visual which assembles words from separate audio recordings made in 2009/2010 with the core performers – Heather Ackroyd, Emma Bernard, David Coulter, Liz Kettle and Barnaby Stone. The film, shot on stop motion Super-8 at the Alhambra Theatre in Bradford in 1991 (with Frank Bock in David Coulter's role), has been slowed down 18 times to become a grainy staccato – a rhythmic visual track to accompany a pan-aural assembly of words that are clues to the process and ethos of the work.

An attractive climax in between the spirit of Robert Ashley and "dreams", the famous piece of Delia Derbyshire. 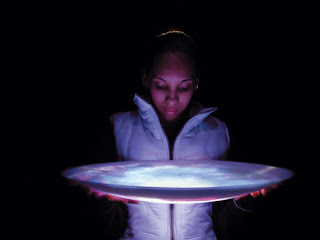 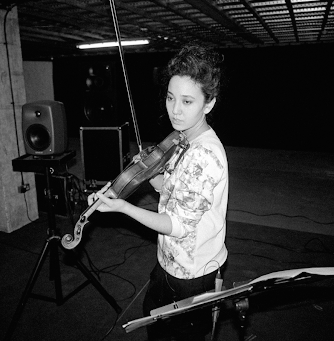 Kazakh violinist Aisha Orazbayeva , born in 1985, is renowned for her fearless interpretations of contemporary music and radical approach to old repertoire.

She is playing numerous composers as Xenakis, John Cage, Bernard Parmegiani, Morton Feldman, Luigi Nono, Christian Wolff as well J.S.Bach, Telemann and her own compositions. She is well known for her performance of Salvatore Sciarrino' Caprices.

Such is the range of the violinist's virtuosity, capable of producing so vast an array of sounds from a seemingly limitless palette of extended techniques, that as an audience we are wont to look from human to machine and back again and find it close to impossible to say which was which.  The Quietus 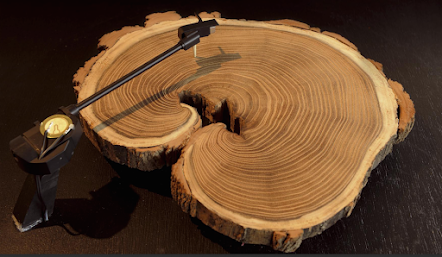 Gregory Lasserre and Anais met den Ancxt are two artists who work together as a duo under the name Scenocosme. Their sound installation titled "Echos" is reminiscent of the creative work of Bartholomäus Traubeck and also that of Amanda Ghasssaei. 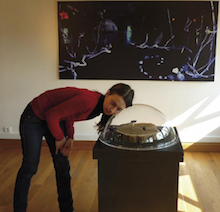 The reliefs of time engraved by the rings of a mulberry cup are read by a pick-up which reveals its sound rhythms in real time. 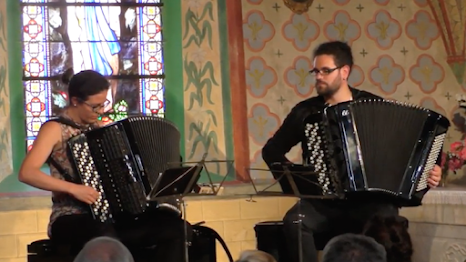 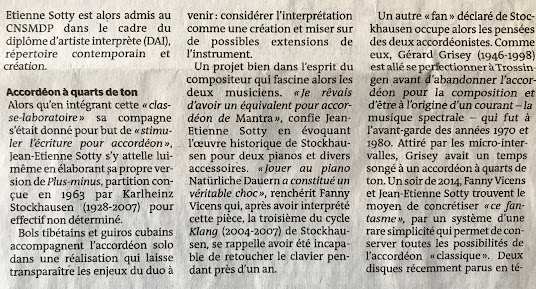 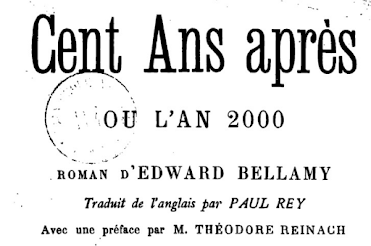 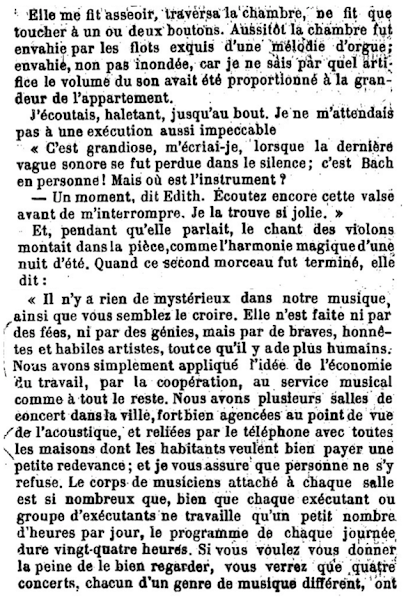 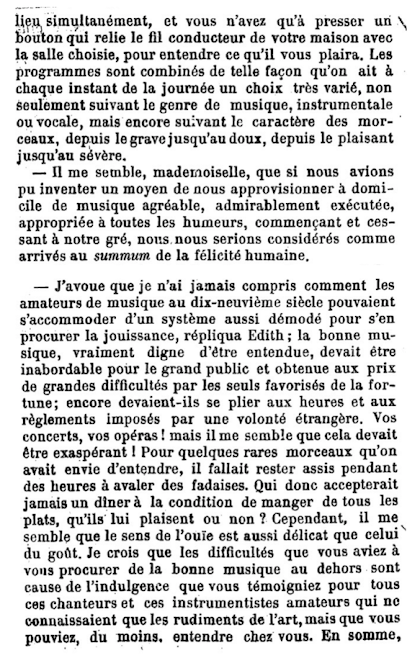 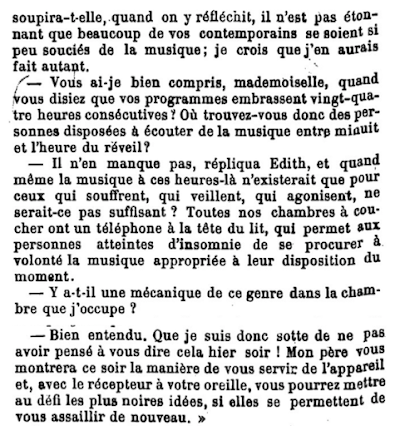 The Kohala Girls was a female band, formed in 1932  in Chicago, playing steel guitars in the 40s...
The band was created by Letritia Kandle who learned hawaiian guitar when it was fashionable in the 30s.
In 1937 the first guitar amplifier, the "Grand Letar",  was used by Letritia, as a real pioneer of electrified instrument.
More infos at  Letritia Kandle
Unfortunately, very rare recordings... still looking for...
Only this listenable untitled piece here 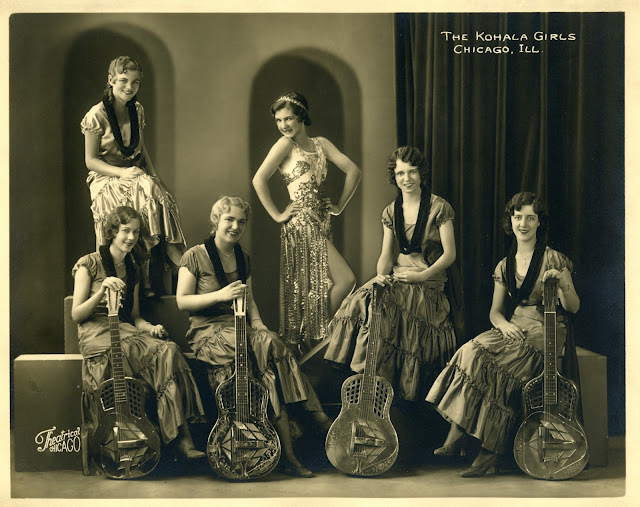 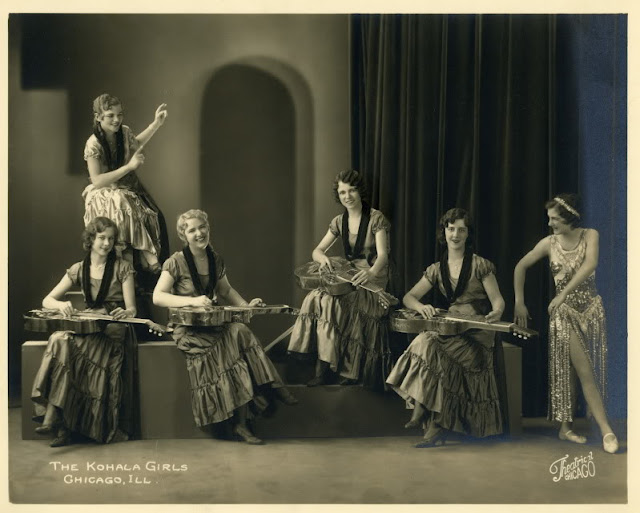 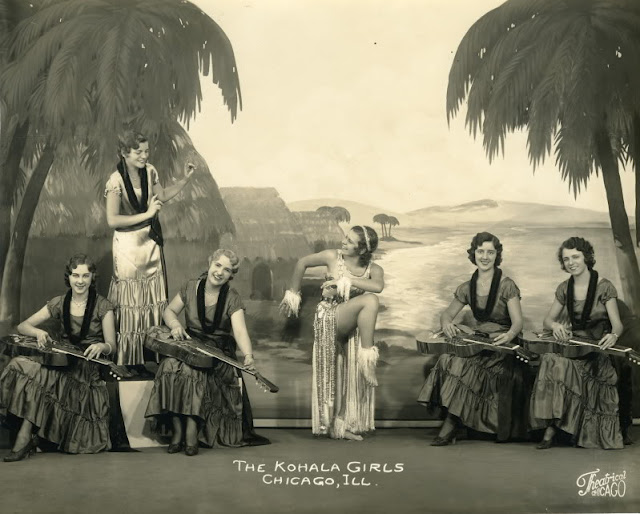