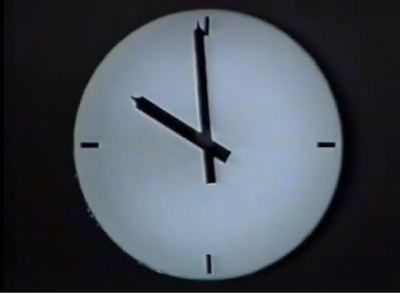 "Neither" is the only opera of Morton Feldman, on a Samuel Beckett's libretto.
As kind of dark existentialist lyrical poem, this work was composed for soprano and orchestra in 1977, despite Beckett, for their first meeting in 1976,  told to Feldman he hated opera, as well Feldman answered he rarely used any words in his music! In fact Feldman began to compose music before he received the text.

"I said to him, "I don't blame you!" Then he said to me, "I don't like my words being set to music," and I said, "I'm in complete agreement. In fact it's very seldom that I've used words. I've written a lot of pieces with voice, and they're wordless." Then he looked at me again and said, "But what do you want?" And I said, "I have no idea!"
Morton Feldman

later...
"In 1985 Beckett suggested Feldman as the composer for a new version of "Words and Music" being produced for American radio. Putting aside his other work, Feldman completed the score, following it with a long piece dedicated to his friend, "For Samuel Beckett", in 1986. " - in  Neither words and music

"Neither" was commisonned and created by the Roma Opera in May 1977.


The first 10 minutes of this piece by the Radio Sinfonie Orchestra of Frankfurt conducted by Zoltan Pesko, and the beautiful british soprano Sarah Leonard.