Gino Bordin, born in 1899 in Vicence (North Italia) started with his brother
in the "Ottorino's African Jazz ", an orchestra which mixed accordions, banjos, guitars, bùmbass with horn, as well musical saw played by Gino himself.
In the early 20s, he went in Paris to play banjo and musical saw, as well an impressive harp-guitar, at Bousca's, a Bastille's famous place for dancing in Paris where the french "musette" started to be fashionable.
He supported Antoine Bouscatel who was one of the masters of the "musette" (bagpipes from Auvergne, France) and Charles Péguri at diatonic accordion. 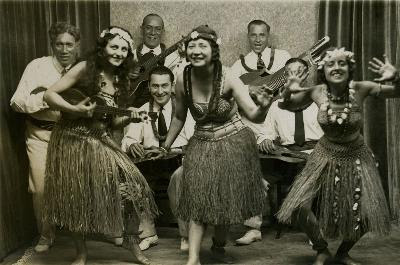 Then he started to play guitar in the Hawaiian style, and became successfull through his concerts, radio shows and records on his own name, as well accompanying known singers as Tino Rossi, Lucienne Delyle, as well accordion aces as Louis Ferrari, Gus Viseur, Fredo Gardoni and many others.

A reissue of Gino's acoustic steel guitar music from the 30s had been published by Les Cook, manager of Grass Skirt Records and our friend Cyril Lefebvre who signed the excellent booklet. 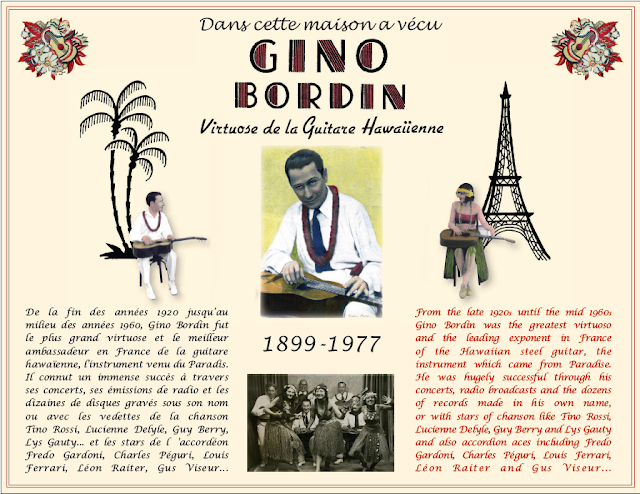 excerpt of the tribute played by Loïc Hula Boy in L'isle sur la Sorgue, south of France,  last week-end, where was fixed a commemorative plaque on the wall of the house where Gino finished his life in 1977.