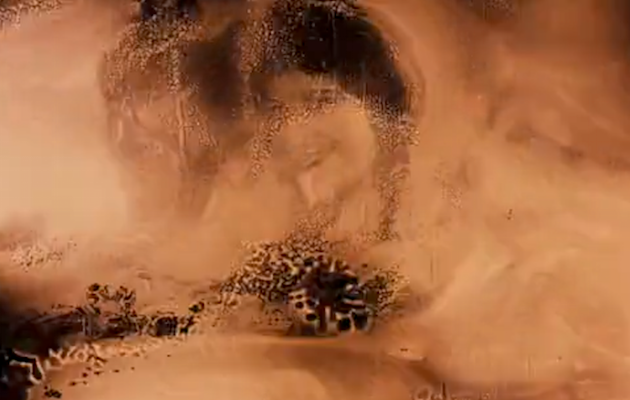 "Light is calling" is a fascinating 2004 movie
directed by the american experimental film-maker  Bill Morrison.

A meditation on the random and fleeting nature of life and love,
as seen through the roiling emulsion of an ancient film "The Bells" (1926) by James Young.

Using an hypnotizing series of ghostly images, the movie works on memory and time
as a reflection on the ephemeral nature of things and past moments of life.

Morrison has collaborated with some of the most influential composers and performers of our time, including John Adams, Gavin Bryars, David Lang, Bill Frisell, Michael Gordon, Philip Galss, among many others.

Bill Morrison built the movie on a 7 minutes music composed by Michael Gordon.