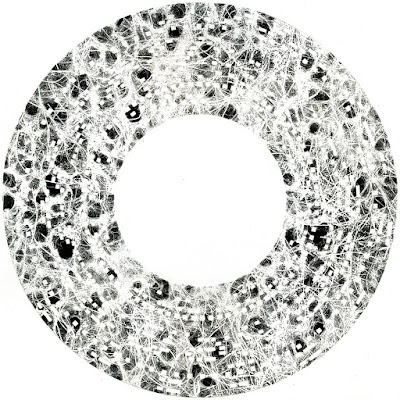 altered version of of the two other monotypes below 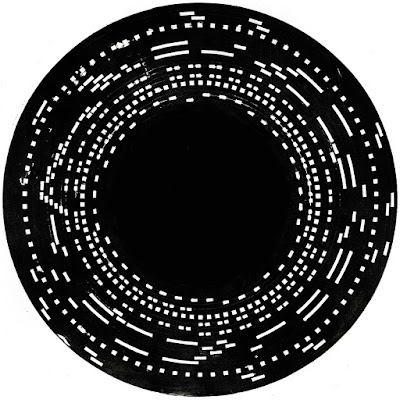 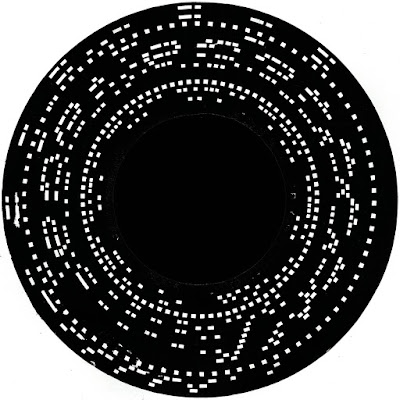 thanks to Thierry Azam for pictures

These two monotypes issued from perforated discs for mecanical music instrument,
are they reserve for piano or organ? or organette? or home music box?

BUT! the main question is:
As Tim Wilson or Arthur B. Lintgen does with vinyl discs' grooves,
who is able to identify the 2 musics above which are supposed to be played?

The winner will have our eternal admiration. 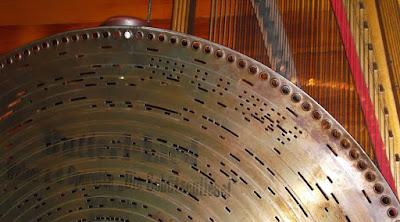 A 1904 Lochmann Original 450 disc piano.
The perforated disc pictured here, along with other mechanisms, plays the piano strings seen behind the disc. 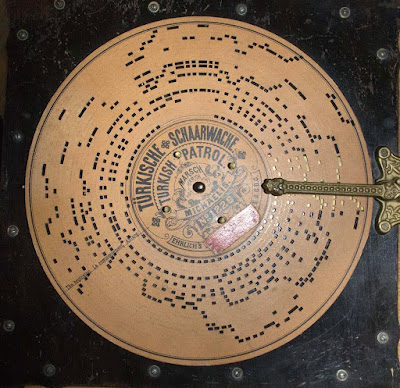 "...The invention of disk music boxes made it affordable for many people to enjoy a variety of songs played on a music box at home. These discs were large and measured approximately 15 1/2″ in diameter. The disc pictured here was manufactured in 1889. The musical notes on the disc are represented by raised projections on a metal disk. Although still in limited production today (mostly for antique collectors and specialty applications), in general the production of these discs ceased around 1920..."
in  "History of audio formats" 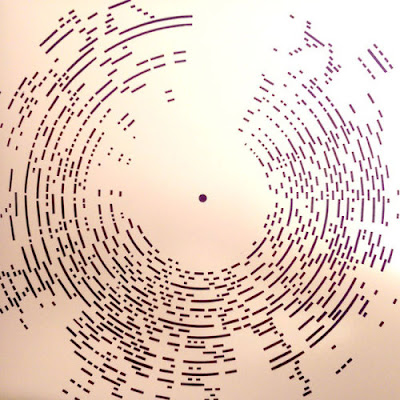 Trimpin, born in 1951, is a German sound artist currently living in Seattle (USA).

“An ongoing exploration of the concepts of sound, vision, and movement.”  - Trimpin

For 40 years, his work integrates sculpture and sound across a variety of media including fixed installation and live music, theater, and dance performance.
Combining ancient methods with scientific principles and XXIth century's technology,
he experiments, combining music, sounds and mechanics  that introduce the senses of perception to a totally new experience. 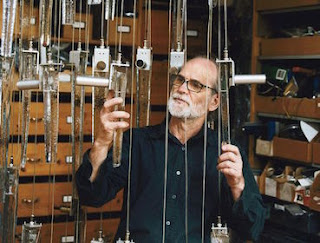 Trimpin build numerous strange instruments as a gamelan whose iron bells are suspended in air by electronic magnets, a microtonal xylophone and machines to play every instrument of the orchestra via MIDI commands. 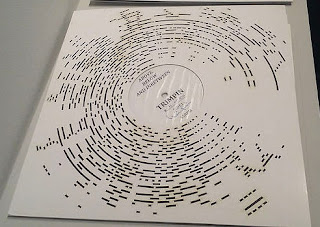