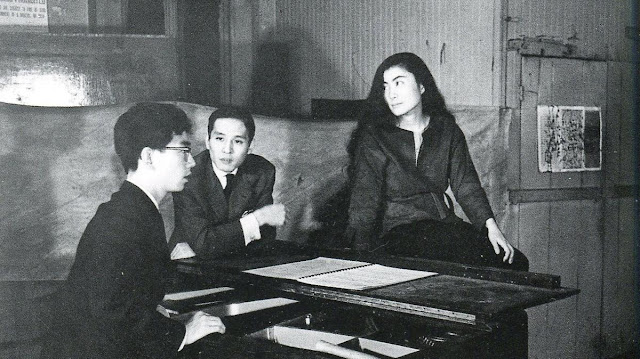 
The composer Toshi Ichiyanagi (1933) is a leading japanese figure of the avant-garde
who studied with different artists as John Cage.
He was married with Yoko Ono from 1956 to 1963.
He wrote graphic and aleatoric scores as well more classical ones.
He was involved in electronic music in the 60s, avalaible on "Edition Omega Point". 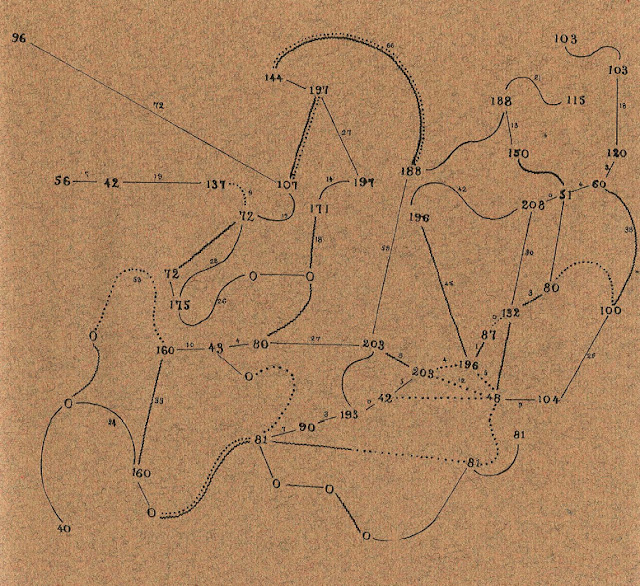 
”Music for Electric Metronome” is an aleatoric composition for 3 to 8 players.
Toshi Ichiyanagi uses numbers as instructions for an erratic drift with chance for support.

Under influence of Fluxus,
Toshi Ichiyanagi organized in 1962 at Galerie Minami in Tokyo a huge exhibition
which was visited by John Cage: ”International Graphic Scores Exhibition”.

***
"Time Sequence" for piano was composed in 1976
here played by the bodybuilder Gene Hirano,
strangely suited for such a concert!