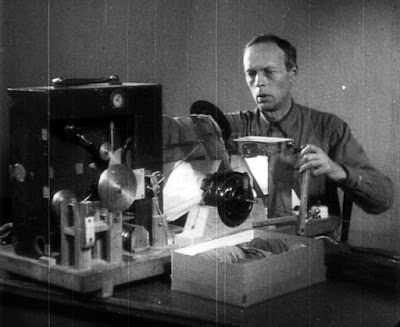 The "Variophone" - or "Automated Paper Sound with soundtracks in both transversal and intensive form" -  was invented by Evgeny Sholpo in 1930 at Alexander Shorin's Central Laboratory of Wire Communication in Leningrad. In May 1930 Sholpo applied for a patent on a “method and device for the production of a periodic sound track on film". It was a continuation of research that Sholpo had been conducting since the 1910s when he was working on performer-less music. 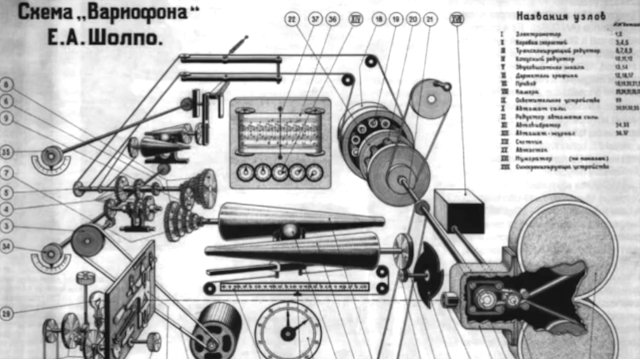 The first version of the instrument was built with assistance from the composer Georgy Rimsky-Korsakov (grandson of the famous composer Nikolai Rimsky-Korsakov) in 1931 at Lenfilm Studios.
The first soundtrack they did was for the short propaganda film The year 1905 in Bourgeois Satire (director N.I. Galkin, composer V.M. Deshevov). 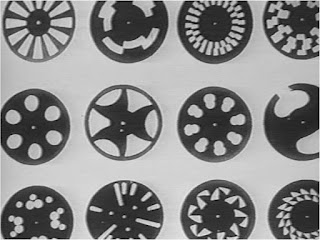 Sholpo’s method made access easier to varieties of timbres. Unlike Arseny Avraamov, who shot still images of sounds on an animation stand, Sholpo used cardboard disks with circular images of combs with suitably shaped cogs rotating synchronously with a moving filmstrip. The advantages of the Variophone were in its flexible and continuous pitch control and vibrato. 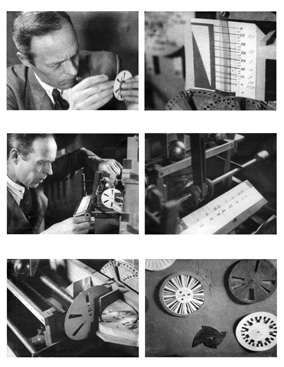