The Stryge & an official launch 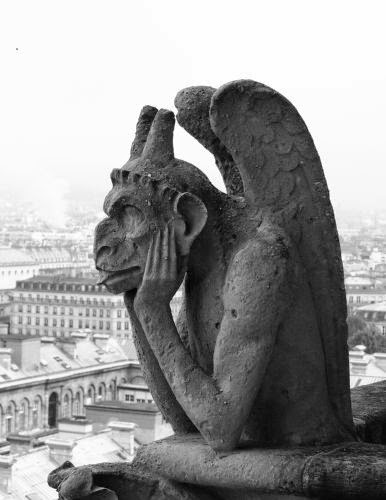 Last year, during the windy & cold morning of the 22th of march 2014, the Stryge had been  part of the official launch of "The Worried Ones" first CD-box "Live at 64".
This official ceremony happened up in the north tower of Notre Dame de Paris and
mid-drown in the noisy sounds of the city, we could perceive a shy scream of satisfaction from the Stryge herself, who probably felt honoured to be part of the worried ones!
For obscure security reasons, no-ones, apart of the main actors, were invited for this event.