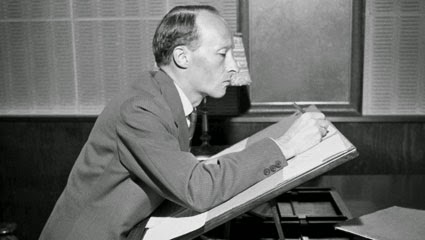 The strings' music of Witold Lutoslawski is still dynamic, eloquent and opened to musical questions that the 20th century suggested.


& a conversation in between Witold Lutoslawski and Krzysztof Zanussi, coproduction of the BBC : HERE