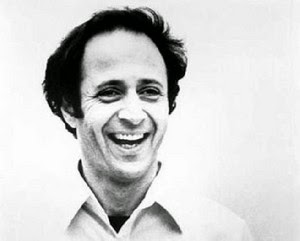 A three minute distillation of 10 hours of back-of-the-cab conversations: "Livelihood", is a very rare and early sound piece composed in 1964 by Steve Reich.
Before his first "official" pieces as the fabulous  "it's gonna rain" (1965)!

"I got my M.A. in 1963. And instead of applying for jobs teaching harmony and theory, I decided that I really was not cut out for academic life. I opted to take a job driving a cab in San Francisco, which I proceeded to bug with a microphone. I surreptitiously recorded conversations and noises and made them into a tape collage called Livelihood. (I later bulk erased it, which is another story.)"
Steve Reich

To notice, another piece composed in 1969 for the avant-garde artist Gunver Nelson's movie titled "My name is Oona".
Thanks to Maxime G. for the discovery.
To look at this link: "My name is Oona"