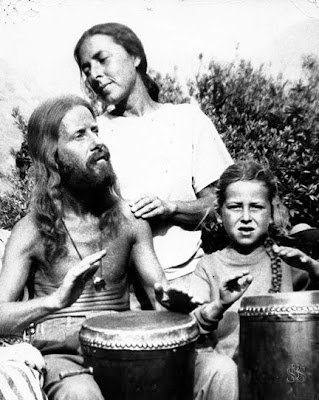 Eden Ahbez (born George Alexander Aberle - 15 April 1908 – 4 March 1995) was an American songwriter and recording artist of the 1940/1960, whose lifestyle in the West Coast was influential on the hippie movement.
Living a bucolic life, he used to sleep outdoors with his family and claimed to live with three dollars per week.

*** here***  are interesting documents of one of his friends, Joseph Romersa, who archived Ahbe's story. 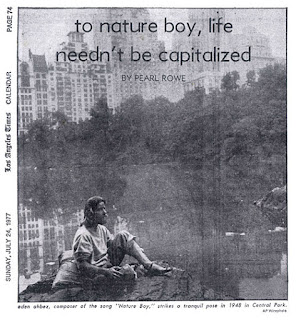 He composed many instrumental music in "exotica" style, and wrote the famous "Nature boy" for Nat King Cole, a tune which was covered as well by Franck Sinatra , Sarah Vaughan, Miles Davis, David Bowie, John Hassell, Grace Slick, Etta Jones and many others.