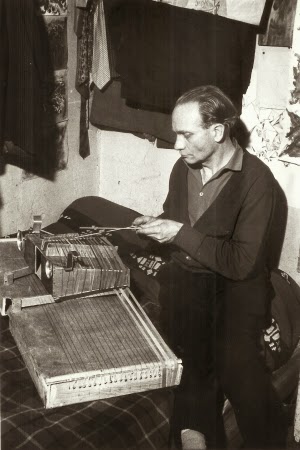 Born in 1915, André Vernier, aka Altagor, started to write poetry at 14 years old. As he worked as a miner, he composed long talked' sympnhonies and surrealist poems.
In 1963, he build a new instrument called the "Pantophone" for bowed strings and the percussive "Métaphone" for elastic bands. 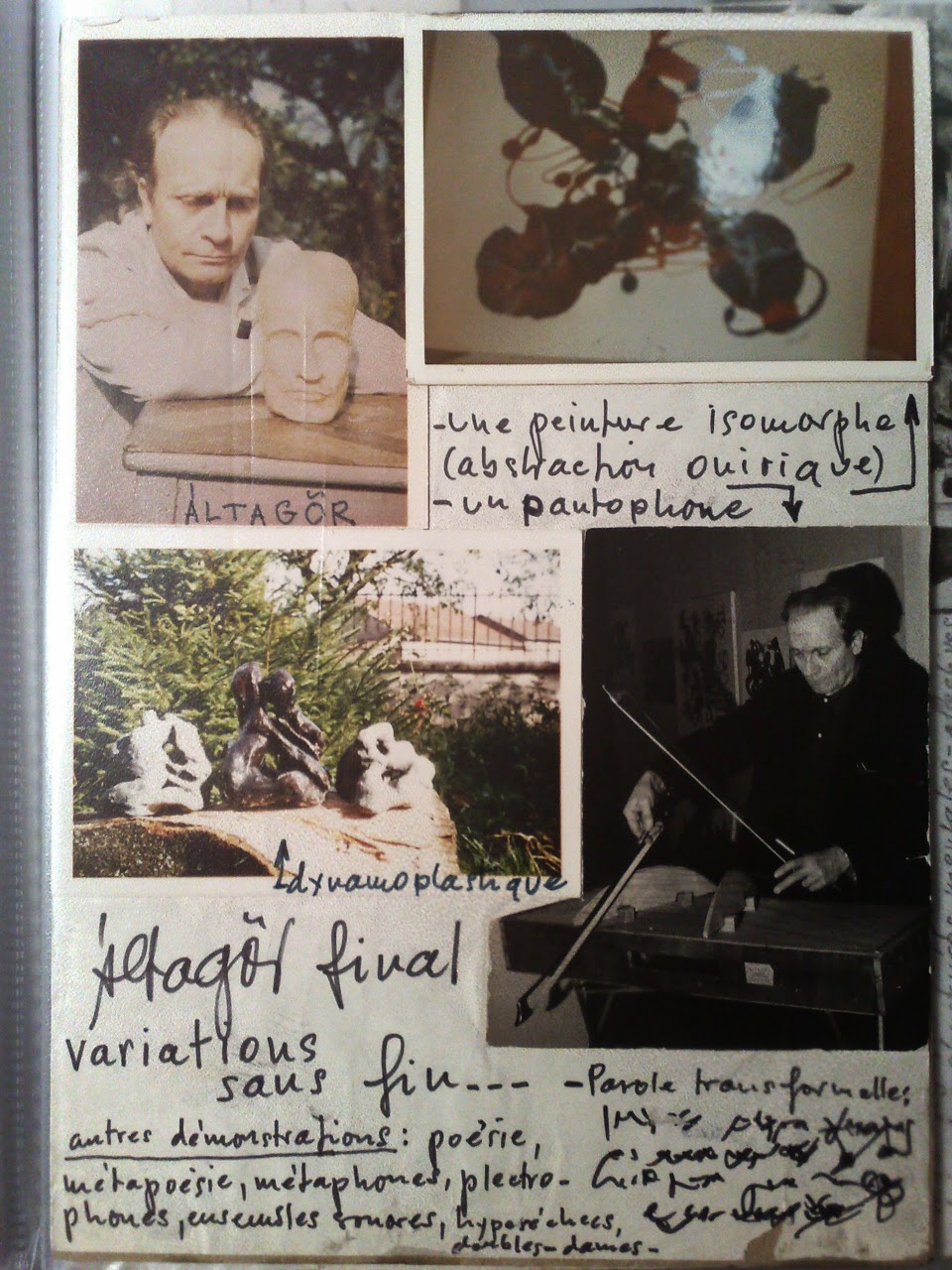 As well he is a painter, he also met Isidore Isou and  started to write "meta-poésie" which he declaimed and performed with his "Plectrophone" .
He wrote a 10000 verses' poem titled "Simonia", a goddess invented by him during his walks in french north forests. 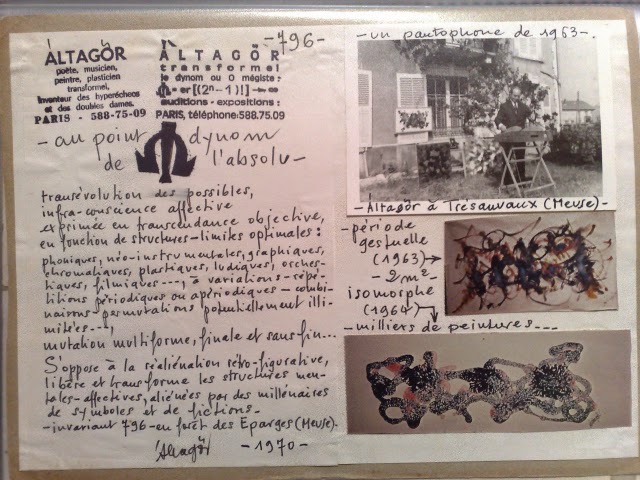 Excerpt of "Sonar", a french radio show conducted by Charles Dreyfus and Bernard Gerbaud in the studio of Altagor in 1985 (unreleased):


and some other links:
here
& excerpts from a rare film around the artist