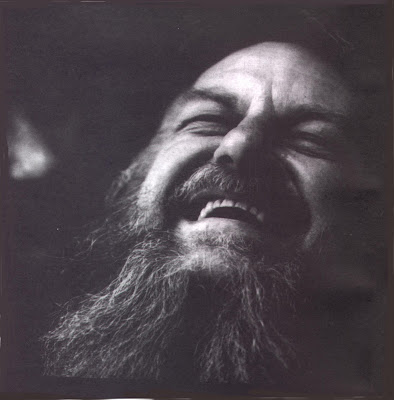 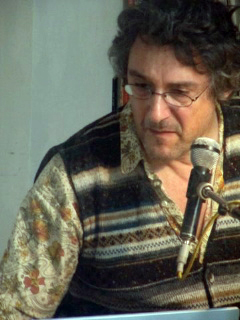 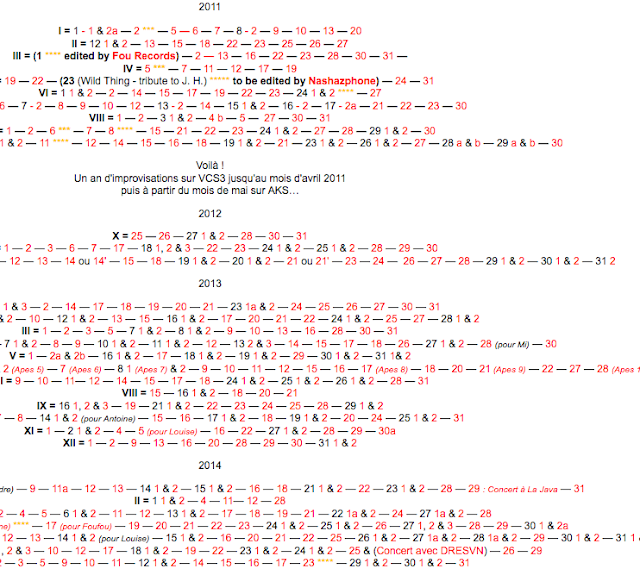 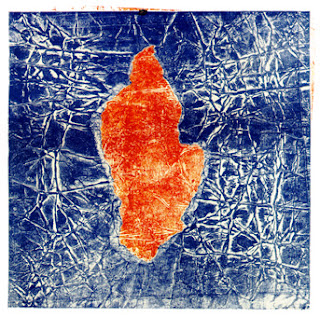 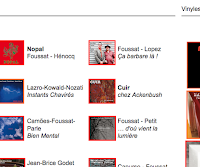 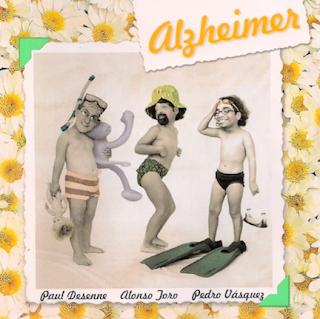 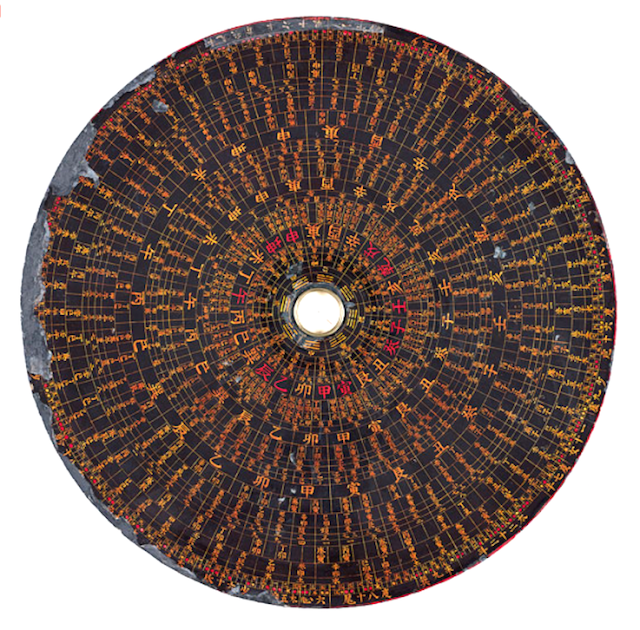 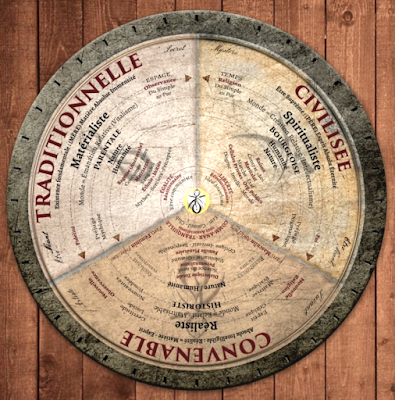 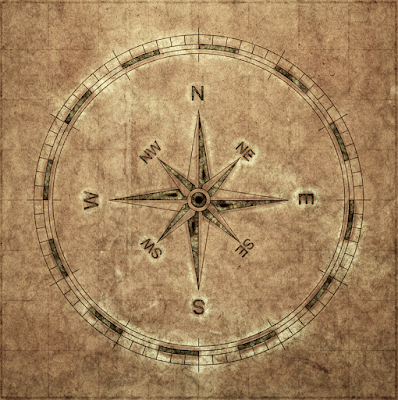 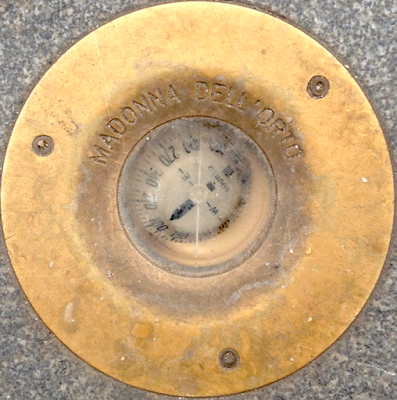 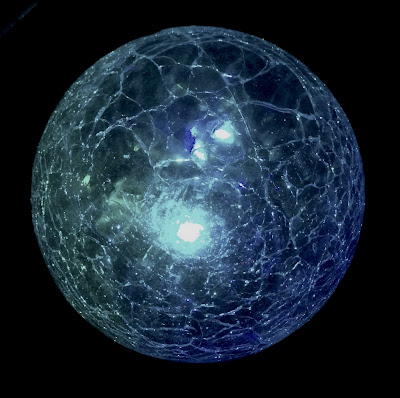 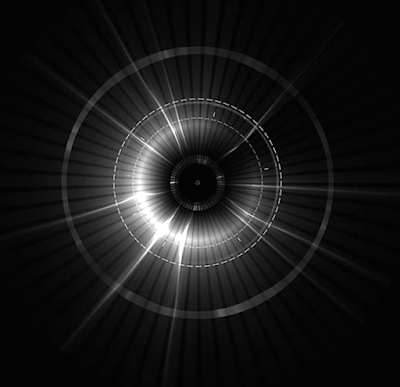 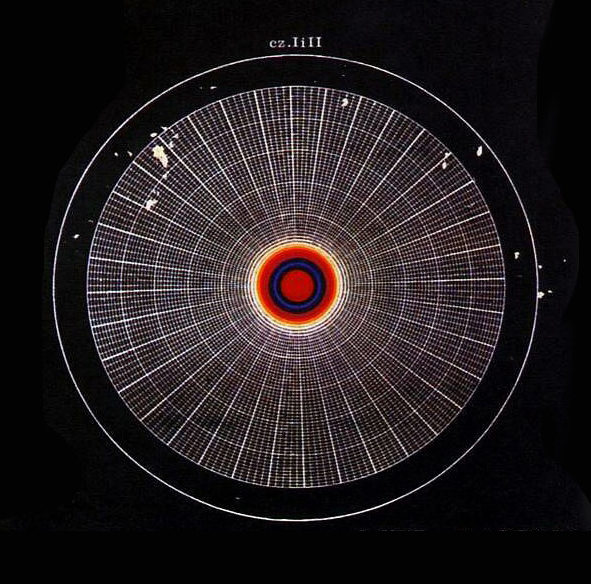 & all circles and grooves HERE 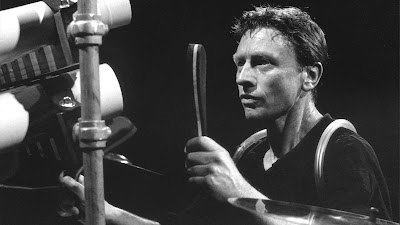 The New-Zealander Phil Dadson born in 1946, studied fine arts in Auckland (NZ), majoring in sculpture and time-based arts. He had the chance to work in the UK 1968/69 with Cornelius Cardew's foundation group for a Scratch Orchestra.
Back in New Zealand in 1970, he founded a Scratch Orchestra in 1970 and later in 74 the avant-garde ensemble "From Scratch", which would use everything from old lampshades to customised PVC pipes to perform its intricate, rhythmic compositions. 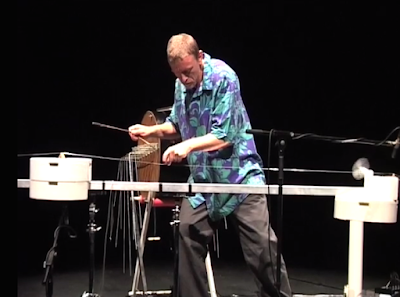 Phil who received many major awards and commissions including a Fullbright travel award to the USA, and research, exhibition and performance grants, devotes his energy, full time, to his own work. 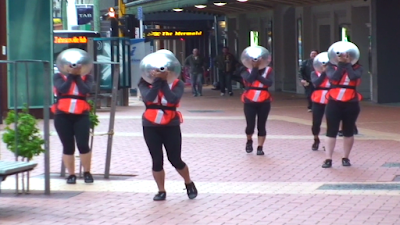 some pieces
- SOUND TRACKS, and exhibited Tapping the Pulse; video and film works from 1971-2004
- sound-sculpture TENANTENNAE at the Connells Bay Sculpture Park on Waiheke Island
- has co-authored Slap Tubes and other Plosive Instruments- a DIY guide to building a variety of slap tube instruments,
- In 2011, Phil participated in the Kermadec Ocean project, curated by Gregory O'Brien, in support of a Kermadec Ocean Sanctuary. Phil joined a number of artists voyaging on the HMNZS Otago to Raoul Island and onto Tonga Tapu. 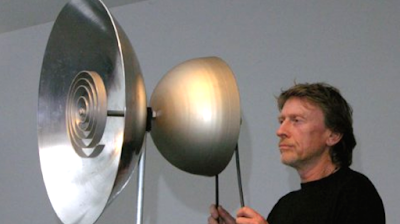 and many many other works to look, listen at and follow on his Vimeo Channel
and don't miss From Scratch's piece called "Drum/Sing" -1984

An article to read in the next April issue of Wire around Dadson's heritage of the Scratch Orchestra with Cornelius Cardew in England in the late 60's. 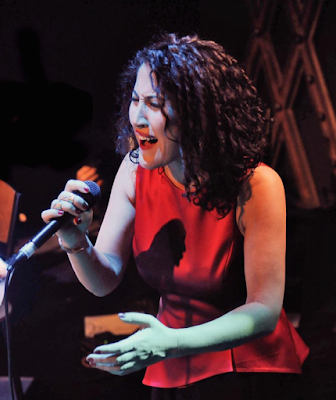 &
listen to this amazing piece with fabulous darbouka and daf solits 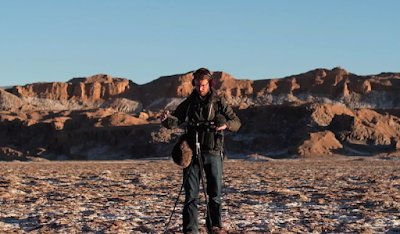 Felix Blume is a french sound artist and sound engineer for lots of movies and art pieces; he works and lives between Mexico and France.
His work is focused on listening, it invites us to live sonic experiences that enable a different perception of the surrounding. He uses sound as a basic material in sound pieces, videos, actions and installations. His process is often collaborative, working with communities, using public space as the context within which he explores and presents his works.

He creates some amazing installations, using radio, human dialogues both with inhabited natural and urban contexts, in what voices can tell beyond words. My best are : "Sapo", "Informal chorus" with Daniel Godinez Nivon, "Sound cane" ... 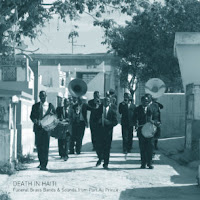 One of his last work is a site-specific sound installation entitled "Rumors from the sea", composed of hundred of bamboos and flutes on the coast of Krabi, a work commissioned by the Thailand Biennale.