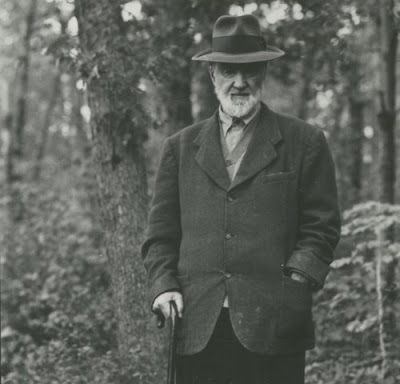 The second Charles Ives's string quartet, composed in between 1907 and 1913,
has an argument which is:

"String Quartet N°2"  for 4 men who converse, discuss, argue (Politick'),
fight, shake hands, shut up, then walk up the mountain side to view the firmament!

"...I started a string quartet score, half mad, half in fun, and half to try out, practise,
and have some fun making those men fiddlers get up and do something like men"
Charles Ives in "memos"
_____