Roomful Of Teeth is a vocal ensemble from North Carolina, founded in 2009 by Brad Wells. Its stated mission is to "mine the expressive potential of the human voice".

Through study with masters from non-classical traditions the world over, the nine voice ensemble continually expands its vocabulary of singing techniques and, through an ongoing commissioning project, invites composers to create a new repertoire without borders.
They have studied Tuvan throat singing, yodeling, belting, Inuit throat singing, Korean p’ansori, Georgian singing, Sardinian "cantu a tenore", Hindustani music and Persian classical singing with some of the world’s top performers and teachers of the styles.

The artist and anarchist agitator Ben Morea emerged after over 35 years of anonymity to discuss his participation in the late 1960s with the Lower East Side-based collectives Black Mask and Up Against the Wall Motherfucker.
Of humble origins, Morea gained notoriety as an associate of Abbie Hoffman, a defendant in an attempted murder trial, a vocal supporter of feminist (and Andy Warhol assailant) Valerie Solanas and as the only person to be expelled from the Situationist International who was never a member in the first place. 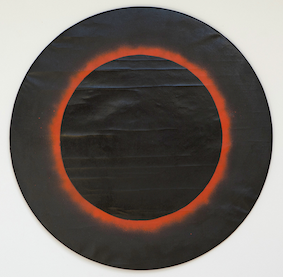 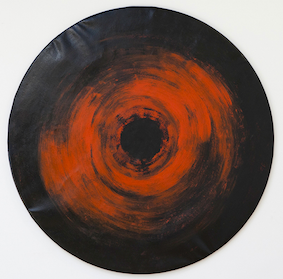 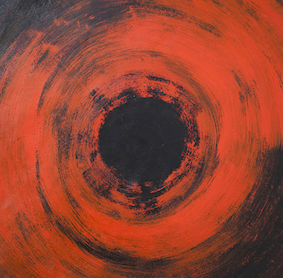 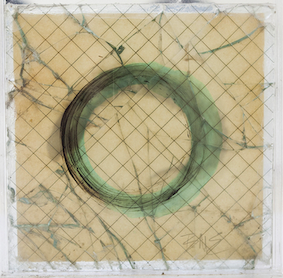 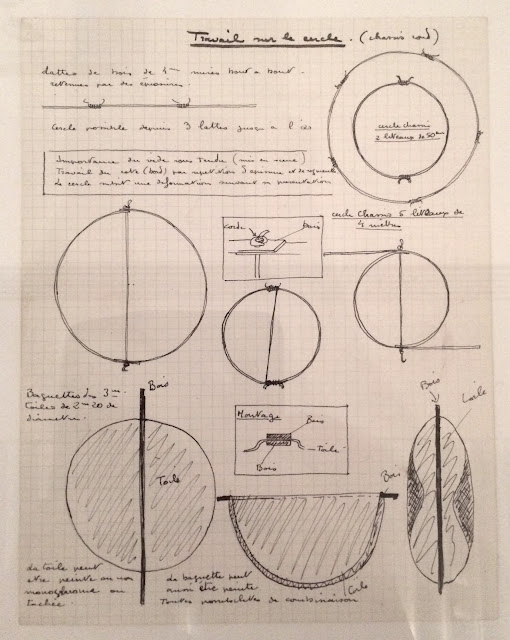 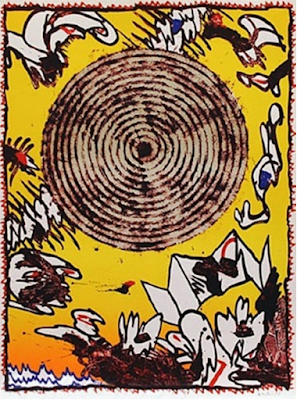 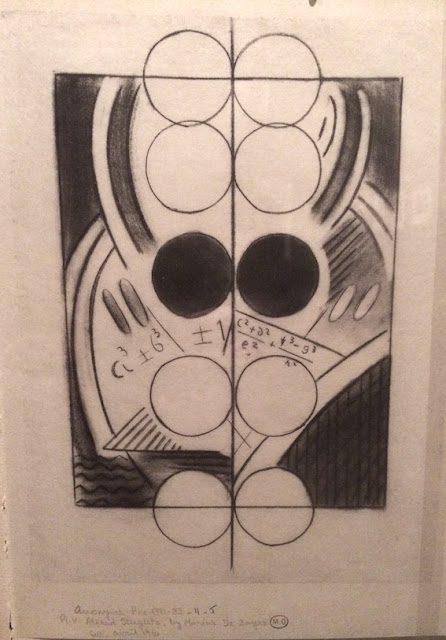 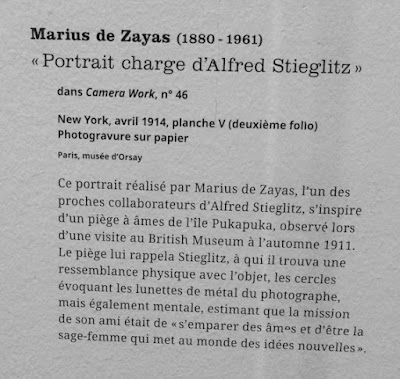 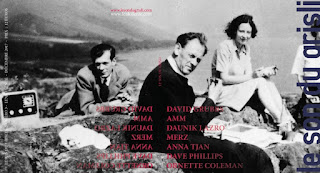 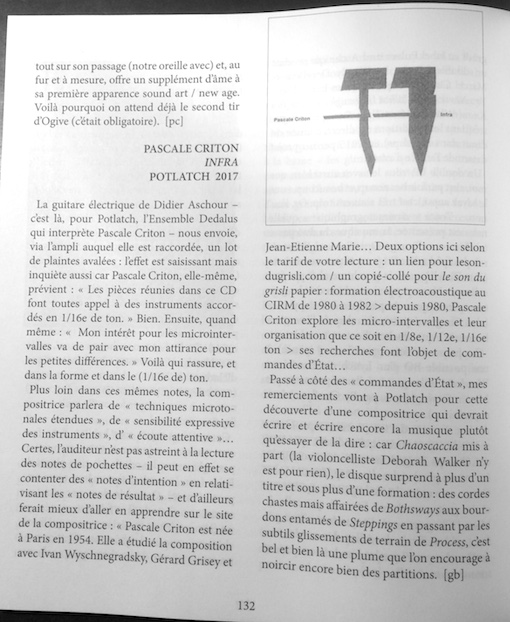 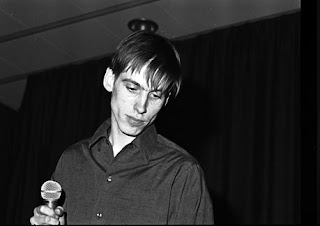 Hoger Hiller was born there in Hamburg in the late 1950s. In the mid-70s he befriended an old lady who'd been a pupil of gebrauchsmusik composer Paul Hindemith. She taught him concept improvisation.
In 1980 he co-founded one of the interesting band Palais Schaumburg which sounds a bit like "A Certain Ratio", and has great lyrics.

Then, his first personal releases with the famous Ata Tak label (Pyrolator, Die tödliche Doris, Der Plan...) were significative as a new impressive form of techno pop. A short but amazing discography  with 7 LPs and a few EPs, including the famous "oben im eck". 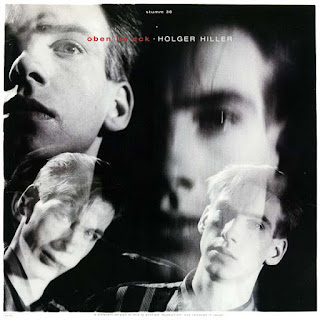 Holger Hiller lived in Tokyo for a while in the mid-80s, marrying Izumi "Mimi" Kobayashi who composed the theme song to the manga "Urusei Yatsura" and later worked with Mathilde Santing. Hiller and Kobayashi had a son, Kentaro, and Hiller's most charming album is his 1995 horspiel "Little Present", a record of a trip to Tokyo to see his son which combines ambient sounds -- train stations, TV commercials, his son playing -- with compositions built out of samples from Hiller's DAT recorder.

- an interview (in german langage) around the album "Ein Bündel Fäulnis in der Grube"  on www.thing.de


-  10 little facts about Holger Hiller by the Scottish songwriter and blogger Momus.

- One of my favorite song "You" to listen to here. 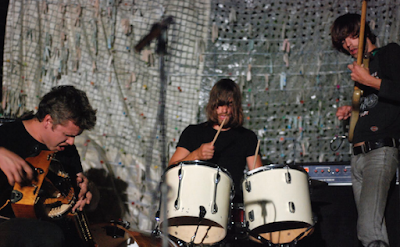 According the compositions with the architectural suroundings, Yann Gourdon plays amplified hurdy-gurdies with the band France, a trio composed with Matthieu Tilly on drums & Jérémie Sauvage on electric bass guitar. 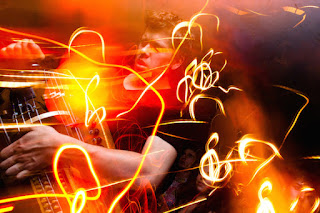 "as musician, composer and sound artist, I consider vibratory fields and perception as a medium. My work focuses on the observation of acoustic phenomena in dynamic relation with the environment - architecture / landscape."  Yann Gourdon 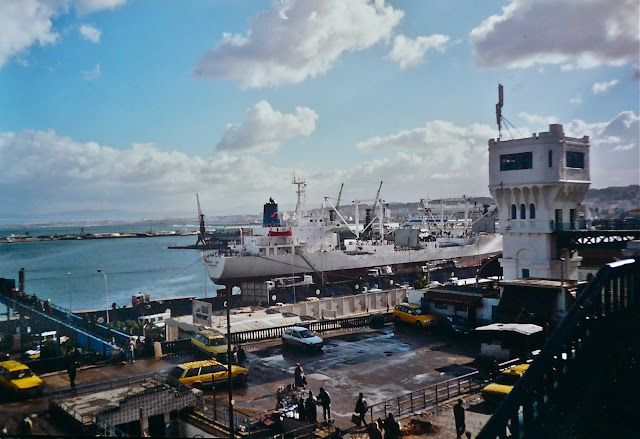 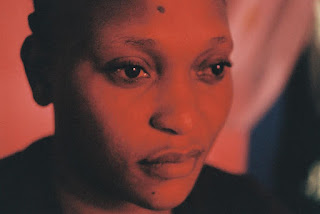