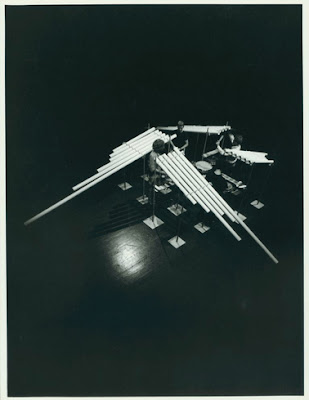 Phil Dadson is born in 1946, studied fine arts in Auckland (NZ), majoring in sculpture and time-based arts. He had the chance to work in the UK 1968/69 with Cornelius Cardew's foundation group for a Scratch Orchestra.
Back in New Zealand in 1970, he founded a Scratch Orchestra in 1970 and later in 74 the avant-garde ensemble "From Scratch", which would use everything from old lampshades to customised PVC pipes to perform its intricate, rhythmic compositions. 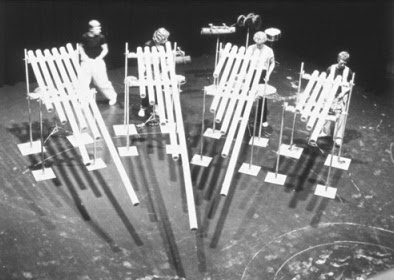 Embracing an egalitarian ethic, focusing on co-operation and  integration, as a intermedia/sound, video, performance artist and instrument builder for the group, Phil Dadson activates lot of experimental sound projects that you can follow on Dadsonics.

A re-issue of the original LP "From Scratch" is now avalaible on EM Records. 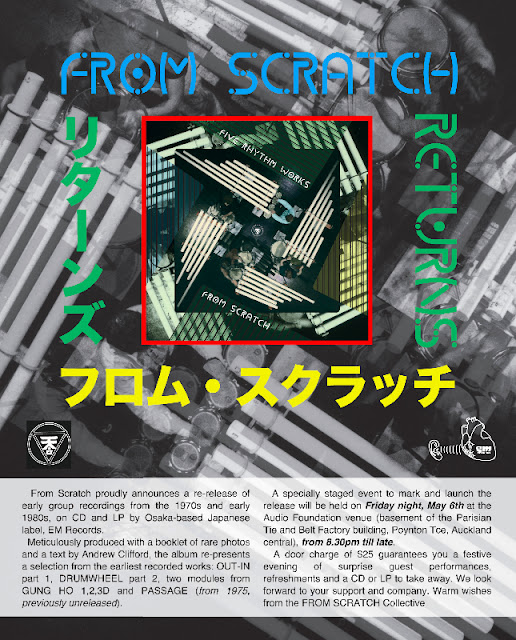 In 1980, Phil Dadson, Geoff Chapple, Wayne Laird, Don McGlashan played "Gung Ho" ( means 'work together" and takes it's title from the gung ho workers' co-operative movement established in China in 1938 by New Zealander political activist Rewi Alley).
The one hour work was in 7 sections, with each module exploring consecutive number, triadic and tonal permutations.This video is an excerpt of the 8,9,10 modules.