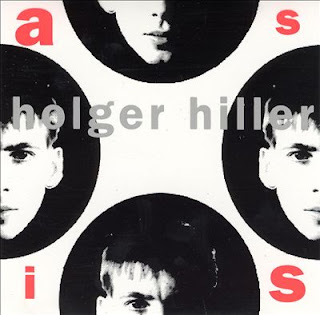 After studying art in Hamburg and founding in 1980 the band Palais Schaumburg, where the future Einstrürzende Neubauten's percussionist F.M.Einheit was part of, Holger Hiller started a solo career, using very early the sampler as a sole instrument.
His first releases with the famous Ata Tak label (Pyrolator, Die tödliche Doris, Der Plan...) were significative as a new impressive form of techno pop.

Changin radically his style, in 1992, Holger Hiller published "As is", his 6th record (Mute Records) under his own name.

The piece "You" always impressed me by its emotive and minimal ambient realm. Like a dream...