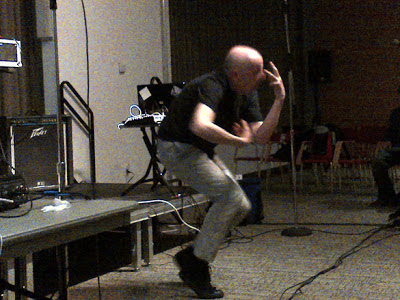 Leif Elggren (born 1950) is a Swedish artist who lives and works in Stockholm.

Active since the late 1970s, Leif Elggren has become one of the most constantly surprising conceptual artists to work in the combined worlds of audio and visual as well he is a great body performer.
Here performing last May 25 in Swedenborg Chapel with the artist  Carl Michael von Hausswolff.

waiting for his next opus "The worried ones" , recorded live at "64" (Paris) with Jean Philippe Antoine
to be release late september